You are here: Home / News / Litecoin creator has sold all of his LTC holdings

Charlie Lee the creator of Litecoin has sold all of his holdings in Litecoin. Charlie aware of his role as founder, decided to sell because of the conflicts arising of holding Litecoin. Especially tweets about price. On 19th of December a new all-time high of $ 375,29 was achieved. 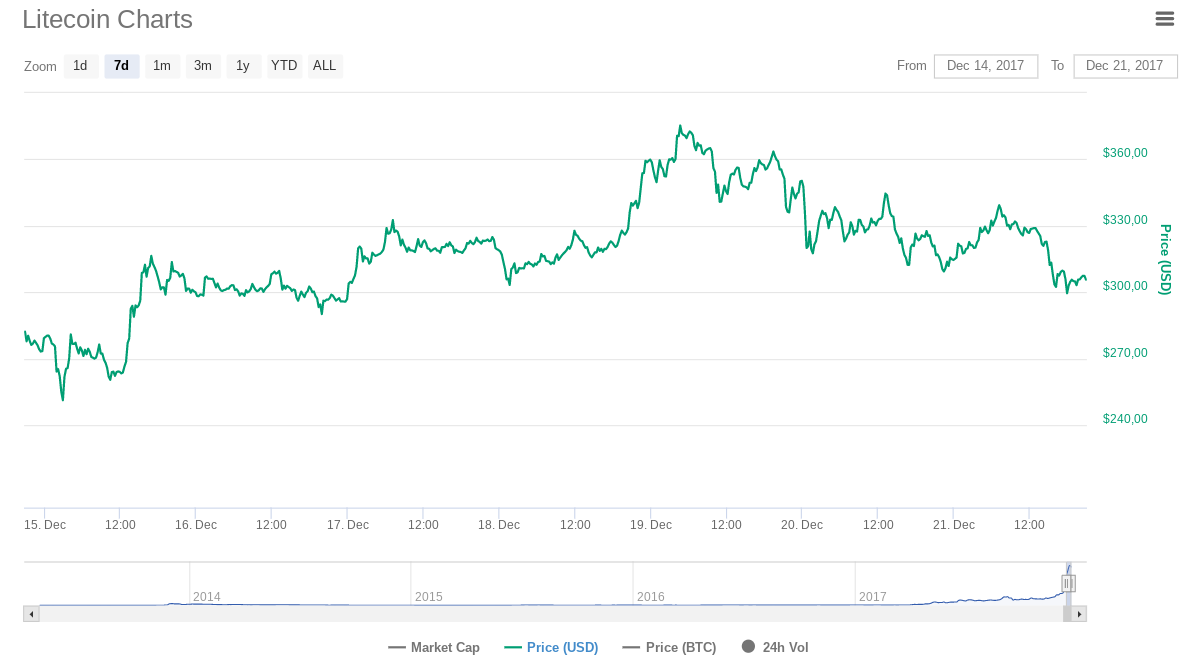 In the post Charlie explained he no longer wants to put energy in defending himself against allegations about litecoin’s price tweets being done for his personal enrichment. Some people even think Charlie was short on Litecoin.

Claiming always being refrained from buying and selling Litecoin close to major tweers, the actions could be perceived as aimed to boost his own personal wealth above the succes of Litecoin and cryptocurrency in general.

As a result, Charlie sold or donated this holdings in the recent days. Freeing himself from ‘interests’ of holding Litecoin, the focus is on the future road map and succes of Litecoin.

I’m glad to see that the market is not overacting to this news.

You can’t compare me to a CEO selling all his shares. I’m the creator. Litecoin is like my kid. I’m more invested in it than someone holding 1MM LTC. For me, it was never about the money or I would have pre-mined!? https://t.co/efKxK3coV4

The Litecoin team has been hard at work working with companies to support Litecoin. Nothing to announce yet, but here’s what’s in the works: