Litecoin Cash (LCC) is the first major fork of Litecoin. It is a a SHA-256 fork of the existing Litecoin project. This means abandoning the Scrypt algorithm for Proof of Work. Will Litecoin Cash add value to the users? And gain momentum like Bitcoin Cash did?

With the fork into Litecoin Cash the mining algorithm will change. As Scrypt was for a long time a successful barrier for ASIC mining, nowadays ASIC mining is also available for Litecoin. Litecoin Cash will use SHA-256 to use old Bitcoin mining a second lease on life.

Another big change is the supply of Litecoin Cash. The total supply is 10 times higher than that of Litecoin. Therefore one can not speak of an exact fork of Litecoin. With the airdrop the existing holders of Litecoin will get 10 LCC for every LTC owned at block 1,371,111.

Litecoin Cash will use its own replay attack protection and new address prefix. Further it will support SegWit and the Lighting Network. The network’s mining difficulty will retarget based on Dash’s DarkGravity V3 algorithm. Using this algorithm the difficulty will be adjusted every block.

Using a low initial block reward, the miners will not reap the benefits of mining Litecoin Cash in the early stages. However the reward will grow the first 2000 blocks. The peak reward will be 250 LCC per block. 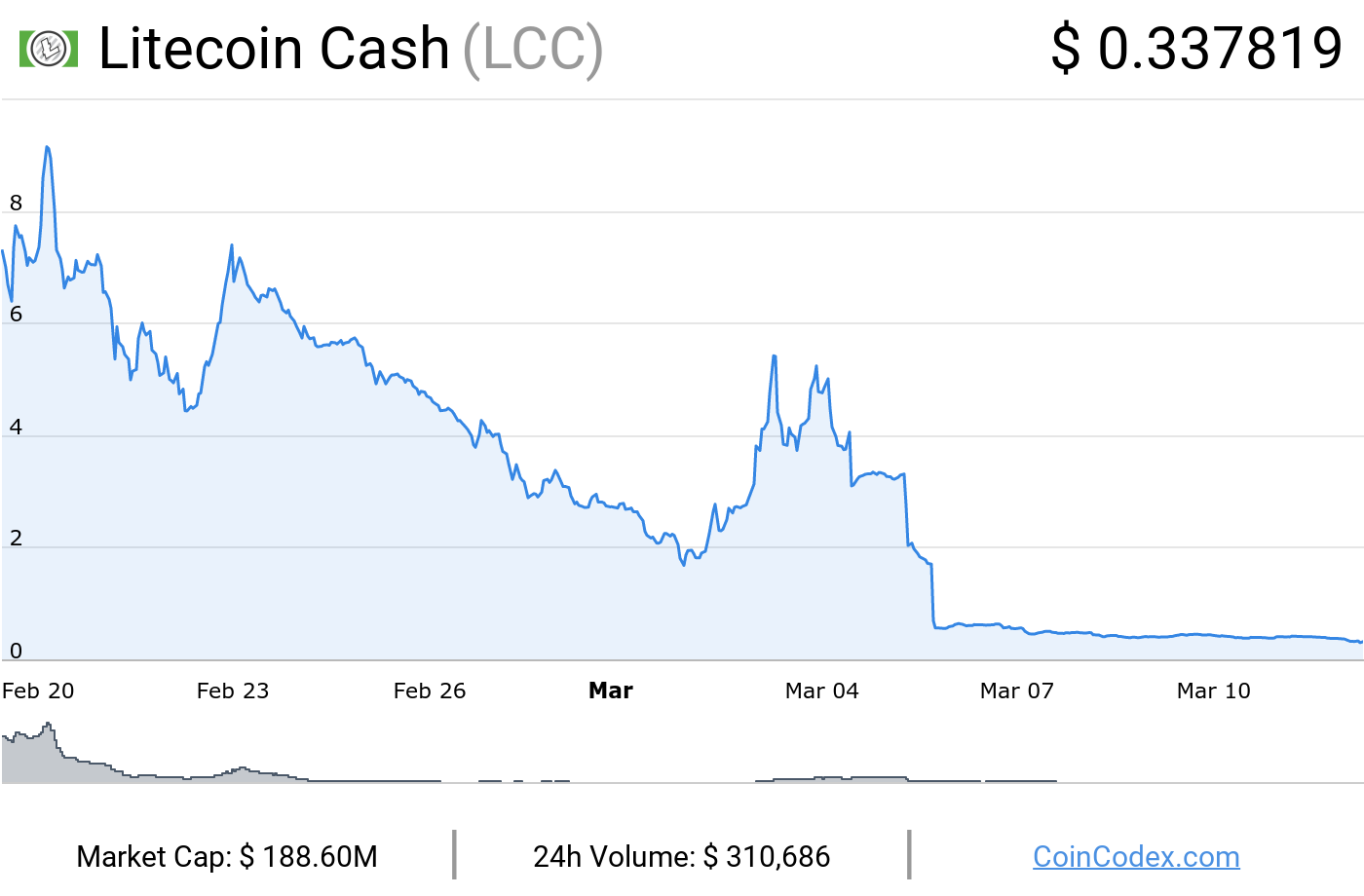